Today is a fine summer day, the first of a long weekend. There are a few local events happening that require attention and ice cream.

alert, bushy tailed, so on

I have been drinking too much coffee, and to celebrate this situation; a comic.

I have replaced my structured cloud of links in the Recommended tab with a movie. not just any movie. but a recommended one.

A Clip from the television programme Robot Chicken, presented here for review

I have another websight.

The Machine that Changed the World.

On the occasion of a child, wearing head phones being stuck by a motor vehicle in Calgary.

I wish the cyclist a short convalescence and speedy recovery.

These shoes will have small car stereos built in their tiny dash boards.

The stereos will be playing the same song the teen was listening to as the car approached and struck him.

I wish to wear these shoes and walk on the recovered victim. This ritual will protect me from cars while I am listening to music on the streets and highways of this land.

36. The Charm of Town, Country

In the city, cats, outside, are happy to see people and often allow humans to approach and pat them. Rural cats do not need humans and will evade them if they approach. City cats are charming, because they are not sure if they will ever eat again, they know that they are not doing anything useful, and cannot imagine how or why the next meal will arrive.

Country cats have sorted out the mice who will occupy their stomachs and the birds who will lose flight in the context of the wild, humans may provide a supplement to this inventory and offer a minor interruption to this context.

In the city, the abstraction of emotion rules, and relationships dominate and are enforced by the structures which surround the food. The city rats, safe in their separate lifestyle.

God's language, almost, except for Liberia,

and the United States. These countries, that do not use metric as their primary system of measure, have the same flag layout. A mystery! Well, actually seems pretty incidental, but I have no way of knowing how much.

In 2010 Myanmar/Burma, changed its flag, not yet officially metric, though metric is in wide use. 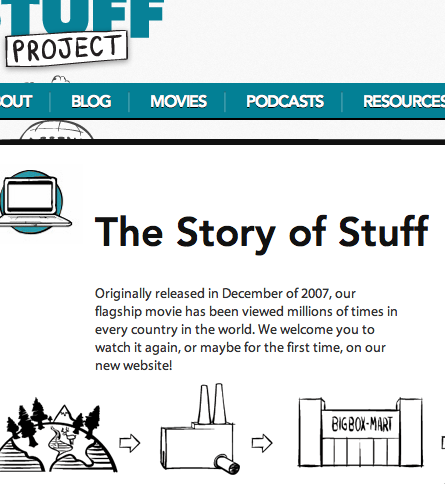 This document lets you know that the current social engagement of the audience, with the world is probably inadequate, resulting in this production (re. you suck), but don't worry, I never think poorly of anyone.

This image drives me crazy

Something about the distracted look in his eye, his clam, confusion and concern. I am able to relate on a profound level to this knot of language. I should be doing the dishes.

This evening I filed old bills and assorted documents while this lecture ran in the background. That's when I found some stickers in the shape of sushi, which is what we had for dinner, then adorned my hard drives with them. I have began preening the Flick Maps of my local, to find some photos takers in the neighbourhood that have creative commons images, that are attentive to my concerns. This is an ongoing project of playing with electronic maps and see if they can talk a complex talk. Nothing much to report so far, but I did find the above picture of a local meeting hall.

11. Italy could you please

Fix up all of those old buildings. I think you are aware of the ones I am referring to. Everyone has a pretty good idea how they used to look. If you need help, do not be afraid to ask.

Please get on this as soon as you can.

After years of research and testing, I am finally at rest with my input devices. I have settled on this keyboard and this XY and some time 'z' plotter. It feels good to be home. Later there will be some roaming about on this path.


View Larger Map I hope it is fun.


I ate quite a bit of pasta today, quite tasty. I bought some socks and worked on some pictures. On Friday I went to the local book binders and dropped off the flats for Protest. The cover will be dark blue.

Today I completed a private movie called "It Just Blew Up". This work fits neatly in the crook of a conversation that seemed to fade away into the fog of misunderstanding. Now this motion picture show severs the topic and guts it with a single motion, in where once stood a flock of thoughts, now sites a fine, healthy meal. These moving pictures verifies me as the official rider of the zeitgeist. Whipping it in to a frenzy, we gallop off to discover new treasures and value for the world. Now I need somewhere to stable this beast. Today I wandered shops and chatted many a chat. One of my computer's slowly crunched big files into smaller ones. I have a few things that I should be getting to, but will wait just a moment longer.

The Personal is Conceptual

As a writer I've always been a little envious of the narcissistic potential of visual practice in its capacity to shroud what is essentially personal and autobiographical (i.e. banal) in a language based on a lack of transparency. Years ago a friend of mine claimed that one of his peers, a certain highly respected artist with whom he's worked closely (and who will remain unnamed), had developed his entire body of work on the basis of the inadequacies he experienced with respect to his penis. (No details were offered). And I began to look around at all of those people who had achieved visibility in their careers and to wonder if that success was based on secretly exploiting a personal obsession or insecurity while learning how to carefully hide that autobiographical element within a seemingly objective and universally relevant conceptual narrative.

I also thought about myself and how my professional interests have been absolutely determined by a personal conflict I should been able to resolve years ago, but that I still carry around from one country to the next like a ridiculous weight, and that will continue to determine absolutely everything I do and has, in this way, become the source of my productivity. (Is it obvious I wonder?) It's even difficult to think about writing critically in the first person after years of being taught in school that this is absolutely unacceptable.

Unheimlich is an exercise in making the self-indulgent visible by very explicitly and publicly exploiting the most intimate, pathetic, and humiliating self-doubts and frustrations that plague all of us at one point or another. It's a celebration of failure (fracasar así es todo un lujo); an acknowledgement of mediocrity (la curva siempre va hacia abajo); an articulation of dissatisfaction (life is as miserable as this poor asshole); and above all a refusal to hide all of the bitterness and anger behind the good form of conceptual practice or the social diplomacy demanded by careerism (everything isn't nice) in a cultural context (Bogotá) in which being nauseatingly nice all the time is, in and of itself, an art form and a means of survival amidst all of the aggression that these niceties seek to pacify.

However, Victor's claims to vulnerability and victimization (underdogged by myself), the feigned transparency with which he seems to openly bear his tortured and suffering self, is the means by which he disguises his own secret. And this is: that the rage so uniquely his own is product not of any real feelings of self-loathing but of a sense of intellectual superiority that makes it difficult to live out the farce of trying to be successful (whether that be through visibility or economic remuneration), or even just a productive member of society, when it's so difficult to respect those who will ultimately determine that success or the very values required to attain a position of power (el sueño de mi racion que produce insomnia). If these drawings and writings diaristically reflect the inner musings of a pathetic loser, it is a loser who has chosen the difficult path of resisting to stake a claim in the ridiculous battle for social respectability 'opting instead for cultural relevance which is far less prestigious' — but who is obsessed with seeing how it will all end.

Why is it that I have display such negligence to the activity of filling a spotless, enamel bowl with my clothes, the ones that have acquired striations of dirt and the pungency of fecund activity, why do I shun the short run down the stairs into the haunted laundry room? The reward will be so great. Why? Why?