The Future Unicorn Factory Winners Expected to Dent up the Universe

answers to many questions

The noble bowels of London are being discussed due to enormous accumulations. These discussions are focused on requesting not flushing anything down the toilet other than faecal matter and urine. In some mediums in which these messages are delivered, a sad victim is sent into the bowels of the city with a toxic fume alarm dangling from his neck holding a tiny shovel. His job is to remove cities congestion.

It is an interesting detail in the variation from the public, government and the private, commercial spheres of operation. When something goes wrong in the public, it is incumbent to correct the error to allow for the smoother operation of the activity deemed important enough for the attention of the population of the state. When an activity is performed by a commercial structure, it scampers away from cost, activity and obligation. A public entity would clean and maintain the sewer, a commercial one, offer advice on public forums to lower prevalence the accumulation and send in an inadequate response that is designed to fail.

It is easy to imagine a team of individuals in airtight hazmat suits descending into the subterranean paths with heated organic detergent and artisanal bleach mixture tow. Their coordinated actions melting the blockages into liquid, space unblocked from our communication technology for more important messages to flow towards us.

Cleaning by hand in an unsealed suit and no equipment

Today I welcome new inanimate stock into my farm of digital machines. This is the least costly laptop that has a 15" screen, in the shop. It doesn't have the worlds most popular operating system pre-installed and doesn't reward any of the richest companies or individuals of the world. Only Mr. Jimmy Hewlett and Miss Jessica Packard will be rolling in my cash, throwing it in the air, squealing in glee as it rains back to the ground. They will not be a long dance due to the savings I have enjoyed. This machine is running a fine operating system and proving to be a champion of all tasks requested.

Who do you think you are?

Get in the Car

Today Violet went to school, it is her first day!

Aisling Bea is a hilarious entertainer type and this fact caused me to press a button on my phone one day. Now I get some of the photos she takes on my phone in that thought confection, photo, social media service. Pete, a guy I used to work with also inspired more rampant button pressing and he is in this ever growing list of my fitful photo appreciation. One day I am looking at some of the funny photos he posted and the the next photo that pops up, on Aisling's account and it is of Pete himself! I told him right away and he was unfazed. It was all a bit of a let down. He does have a good joke about two men named Gary.

In the event of death it would be nice to leave ones family an annoying encumbrance, to remind them of the when one was living. I would like to leave my family my skeleton. Finally technology has caught up with this desire. This business has not been yet set up in my area, but I am keeping my eyes peeled.

Sitting on the Train

Coffee in the UK

Beans are currently from these vendors, they are strong with an aggressive flavour, good value and a fancy café if you are ever in the neighbourhood.

This grinder was chosen because we have too many electric gadgets in the kitchen, this one is reasonably priced and all of the nerds say that a burr grinder is required for all of the usual reasons, and storing the beans whole is the best option as it decelerates venting the essential oil.

I use a stove top but have been thinking about a pour over to replace that time in the day when a cup of instant is considered.

The hard water is filtered by brita, who never promises to soften the water, but the limescale doesn’t accumulate in the kettle anymore. We used to buy bottled water, but really. I have heard that boiled water from the kettle can be used in the stove top, but I would burn my hand and the fear of filling over the valve is enough danger for one drink.

I usually preheat the element, we have an electric hob, this would be unnecessary if using gas.

Whole milk is warmed by one of these, I was given a spare, but have not used it yet, waiting fort this one to break down. It is making a funny sound.

Our House, in the Middle of the Street

Really it is towards the end, well if you consider that the intersection is the end, but the road does continue, so it is sort of in the middle. It is all how you look at it.

Bucky helped every one out by demonstrating how to make a nice and efficent dome. Though like every asshole handed a tasty snack for free, people immediately threw it on the ground.

Domes traditionally have been aloft pillars and columns and now all of a sudden they are plopped directly on the ground. No wonder they are not currently more popular, with weird door shapes being required and no where to put a fridge 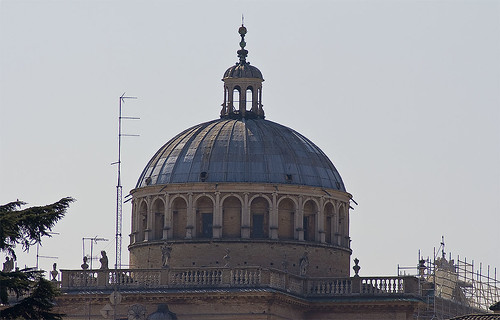 I say hold the gift aloft, build with all that we know and all of the cool new materials.