On Sunday, we were

It was very nice.

This Tripod has 2 Legs

Now for some Sparks

I am working on magazine number 9, called for now, Nation. It will be casting its pages towards the nations of the world. In it I am proposing some national flag reforms.

The guidelines are: 1. No text or any visual element that will appear backwards on the other side of the flag. 2. No complex fussy drawings, it should be able to be drawn by a child and seen from a distance. 3. No sucking up to powerful nations and adjacent nations with similar flags. 4. Less colours are better.

Below are some flags that I, currently, think are in need of a makeover.

Please let me know if I missed any dour banners, or if you think any of the listed are fine and wonderful flags and I should leave it be.

It Feels the Same

Today Rachæl and I took the train and went East. We saw all sorts of fun things.

Falling from the Sky

Jonathan gave me a Mark Thomas CD, Serious Organised Criminal, it is very funny, below is one of their protests

You can get one here. 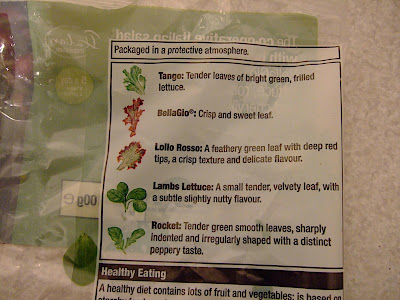 At the End of a TV Show at Night

The video that was here was removed by the copyright holder from viewing, above is a different, more accessible one.

Here is a radio interview on BBC6 with Jace, from the Besnard Lakes.

Rovers are too hot, satellites are too cold and Ares is just right!

The practitioners of the Bauhaus worked to bridge two aspects of human material production in the early 20th Century; handmade craft and machine production. It was obvious by this time, that the machines would prevail over craft and we would eventually be surrounded by items that had little human intervention in their direct creation. Factories produced goods that were the building blocks for other other items and other factories and eventually some of these things are found in the trading markets that would eventually be defined as retail. There was a concern by the Bauhaus is that our lives would be impoverished by being surrounded by things defined by economics and machines. Humans would be oppressed, living in a world where numbers ruled and destroyed beauty by the non-existence of suitable tools, or economic logic, determining that this or that was too costly to make. A dystopia where our note books, pants and buildings are made according to whatever is cheaper to source, whatever provides the factory owner with the most profit, without regard of anything else. This for the most part has come to pass. We are surrounded by mechanically produced items that have a stringent relationship to the economics of production and distribution. If it can make it cheaper, it will usually win in retail. This is the rule of Dell, Wal-Mart, they do very well.

Some companies flex these rules and reposition their combinations of commodities in a way to avoid the discussion of exchange and push the discussion where price is not the first concern. This is related to the brand-name movement, but is slightly different. This form of trade argued that their merchandise is not even a commodity and its identity AND properties outweight the sum of its parts. (The brand-name exchange mode is easier as it is just the focus on the identity, rather than both.) Apple Computers have done this from the start and Moleskine has also accomplished this. Ikea is interesting in how it inverts the premium usually associated with this form of business furniture and house wares, but on closer examination, Ikea has more in common with a lumber yard than a furniture store so is also a premium retailer.

A characteristic of this sort of business is in the details. These items are not easy to make in relation to their competition and this is obvious when one encounters these objects, they remind us of people, maybe like ourself, making the specific decisions on the quality and characteristics of that merchandise. A specific off-white paper is more difficult to achieve than bleached white, a light grey line is more difficult than cyan straight from the can, round corners on a book or programmed into a computer is a more complex task than right angles being the easiest way to cut large quantities of paper or to describe the meeting of lines. Sewing paper with a ribbon in it is harder than, punching paper and running a coil thought the holes. Having pages that are some perforated, some tapped in with a different stock is also an intervention on a assembly line process. Of course these things are still mechanically produced, but the sense, when holding them, is that there is a thought behind them. They rely on narrative to push the brand and texture to move the quality. Of course these products are compromised, all all things made in this age, but the compromises make them even more acceptable, lending to their aura. These companies make products are the fragmented ideals of the Bauhaus answering their fears with flickering humanity.

Arms of the Metropolitan Borough of Bermondsey

Waiting to learn who gets my franchise exercised all over them.

or Democracy in Capitalism

There will Be Cuts in the Budget

Towards a Blazing Future

This week finds me working on my 8th magazine the last week or so and I think there is a chance it will be available either tomorrow or Monday the 29th. I am just waiting for a proof to arrive in the post. It has a cat (Molly) and bird (unknown) on its cover with and a drawing in which the bird performs yet another role. It is print release of a project that Biliana Velkova and I completed the first part, in 2003, the taking of photos and shortly there after the layout of the book. Since I backed away from books to the fast-paced world of magazines this is the best location for this project. Number 8, titled, only here as; "The Cords of Desire Ensnare All but the Dead" also has photos of things on tables, explosions and cords.

A drawing will grace the Table of Contents in this and future magazines, and I am also thinking of making commercials for the magazines. It has been noted elsewhere that moving pictures is all the rage with the young people, perhaps this will generate interest in my pages with another demographic of speedy high energy denizens. This project will commence shortly with location scouting and auditions.

In the next few days I'll be testing the web app framework Daimio and its blog component Yari, if cognitive uptake permits, the Joy Web Sight may soon be a bit of bling on this jaunty structure of commands and code.

A study of glass vessels, metal lids and texts.

Various club notes can be found here and here.
I don't mind Hemmingway, he was just a dude.

Today we are troubleshooting an mystery on my twitter feed. Update, turns out I was right or something, but still probably somehow at fault.